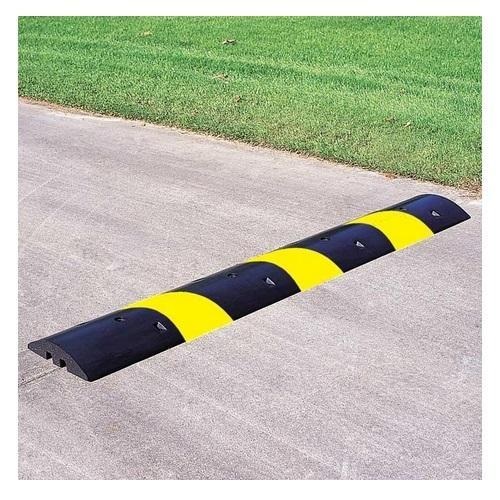 Road speed bumps are road improvements, in the form of a raised passage or voluntary deformation of the road layout. Increasingly present on our tracks, they aim to channel traffic and moderate the speed of vehicles.

Impossible to avoid them: they are frequently found in built-up areas, near schools, in sensitive areas limited to 30 km / h as well as in car parks and private roads. Their goal: to reduce the number of fatal bodily accidents between motorized vehicles, pedestrians, and cyclists. Some types of retarders must comply with standards and regulations; others do not. But in all cases, to avoid the risk of accidents or damage to vehicles, it is imperative to reduce its speed.

The Different Types Of Road Retarders

Circular in shape, the oldest retarder, is also the most common

This geometric derivative of the donkey, with a raised platform and two sloping parts, must include a pedestrian crossing

The Berlin Cushion (Opposite)

A square or rectangular raised plate with 4 oblique edges. An innovative version of the classic humpback.

The Retarder For Private Roads

Streaked with yellow and black, generally made of recycled rubber or plastic, this retarder is illegal on public roads. It is found in particular in private car parks and service stations.

Of low height, they are arranged in groups of three or six. They cause a thud when you pass an axle.

The elevation takes up the entire width of the roadway, up to the curbs.

The road (its layout, its width, etc.) is deliberately deformed.

The roundabout, this classic, exists in several sizes and materials

The Role Of A Photo Editor

Robotic Automation in Manufacturing is Here to Stay