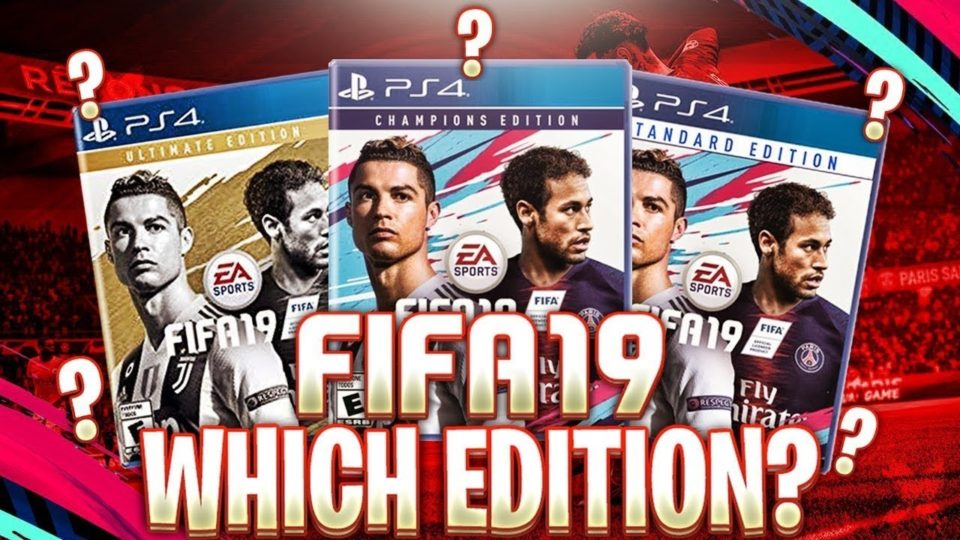 FIFA 19 comes up with three variety of editions. All the editions are of different price and offer distinct features. Gameplay-wise all the editions are almost the same, but the only difference that you will get is the number of features. The name of all the three editions is Ultimate Editions, Champions Edition, and Standard edition.

FIFA 19 Champions edition is present for all platforms including Nintendo Switch, PS4, Xbox One, and PC. There are various bonus items that you will get on purchasing of this edition.

Unfortunately, the game was already out a long time ago, so you are not going to get a major advantage. Other than this, there are various bonus items to enjoy in the Champions edition.

For example, About 20 FIFA ultimate Team Gold packs are presented to the champion’s edition player. One pack is given every week, and this process with continuing up to 20 weeks until all the gold packs are delivered.

The player also has the option to choose a single player having 80 to 83 ratings for free in the Gold player pick. Neymar Jr. and Cristiano Ronaldo are also added as a loan item to boost up your performance up to seven FUT matches.

Special kits created by FIFA artists are also delivered to the player. However, you need to make sure to keep on login to your account for 20 weeks so that you can earn all the mentioned bonuses. The total cost of the FIFA 19 champion’s edition is about around 71.99 USD.

The other edition is the standard edition that also includes a different set of bonus items. This edition is cheaper in comparison to the other two edition due to which it comes up with fewer features.

It is the basic version of FIFA 19 that offer Cristiano Ronaldo as a loan player for up to seven FUT matches. Special kits produced by FIFA artists are also provided to the player with up to five premium Golden packs.

One pack is given per week up to five weeks. The price of the standard version is $59.99, which is the cheapest among all the three editions. This edition is available for all consoles including PC, PlayStation 4, and Xbox One.

However, wheater you buy Standard edition, Champions edition, or Ultimate edition, one thing is for sure that you are going to be the same amount of enjoyment and experience in all the edition.

The only difference which you will see in these editions is the number of features. Each edition has a unique set of features that might not be seen in the other edition.

The most expensive edition of the FIFA 19 game is the ultimate edition. As it is expensive, so it also offers more features in comparison to the Champions edition and standard edition.

The FIFA 19 Ultimate Edition offers a total of 40 Premium Gold Packs. Two Gold packs are awarded to the Ultimate edition player per week. Two packs are given to the player each week up to 20 weeks.

Similar to the Champions Edition, Ultimate edition also got a three days early access to the game. However, this offer was only available before the release while the other offers are still on.

Other than this, a player is also allowed to select one player out of five having a rating from 80 to 83. Both Cristian Ronaldo and Neymar Jr. are rewarded as the load players for the ultimate edition user for about seven FUT matches.

A special edition kit is also granted to the FIFA 19 ultimate edition player. The price of this edition is quite high if we compare it to the other two editions. You can purchase the ultimate edition in 99.99$ with a lot of amazing features.

Now FIFA 20 version has been released. If you want to buy fifa 20 coins, please visit: https://www.fifacoin.com

How costly is elo boosting services

What to Consider Before Buying the Best TV Wall Mount?